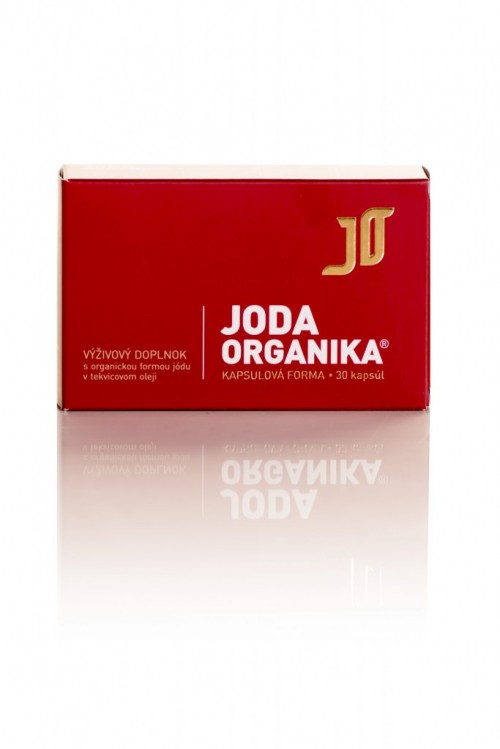 JODA ORGANIKA® capsules are an important product of a series of supplements containing organic form of iodine. Food supplement with biologically active organic iodine was developed on the latest knowledge of science and the needs of the human body, especially the endocrine system. The biologically active organic iodine which is in JODA ORGANIKA® is the “food” necessary for the proper operation of our various glands of the endocrine system. In addition to regulating of the proper function of the endocrine system has JODA ORGANIKA® powerful antioxidant, immunostimulatory and repairing effect that is achieving its unique composition and synergies of individual components that are contained therein. JODA ORGANIKA® protects the human body against harmful substances and free radicals. In the case of damaged and diseased body brings the normal (physiological) state.

Described effects are the same as in the dietary supplement JODA ORGANIKA® in pumpkin oil – oily form.

Capsule form of this dietary supplement is a result of efforts satisfy all of its users and therefore to those who have any difficulties with the adoption of organic forms of iodine in pumpkin seed oil in its oily form. The creation of this product in capsule form, also has brought many other benefits – the most significant contribution is easy to use of these capsules, easier storage and the ability to have these capsules is always “at hand” and bring it with you anywhere.