JODA ORGANIKA®, supplement with organic forms of iodine in linseed oil is another certified products from manufacturers Joda ORGANIKA® is this important element. 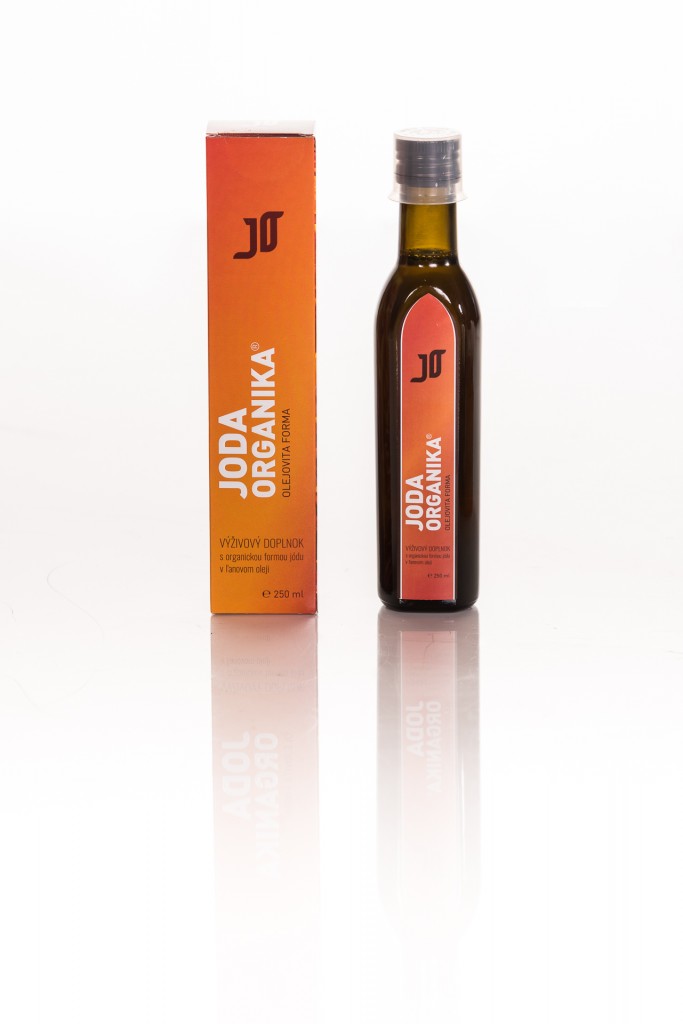 It combines the beneficial effects of organic iodine forms a major component of linseed oil. In addition to the positive effects of higher organic forms of iodine is a dietary supplement Joda ORGANIKA® promotes the health because it contains other component – linseed oil. Linseed oil contains fatty acids that the human body is unable to produce itself and can only obtain them through diet.

Linseed oil contains essential linoleic acid that is essential for the survival and largest amount of fatty, alpha-linolenic acid, which emphasize the antioxidant effect of the product. Compared with any other food crop in linseed represented the highest amounts of lignans, substances that protect cells against the harmful effects of free radicals. Lignans have antioxidant effect and found to have significant effects on the metabolism and function of the hormone estrogen. May also act as the prevention of cardiovascular disease and osteoporosis, and estrogen due to its antioxidant effect.